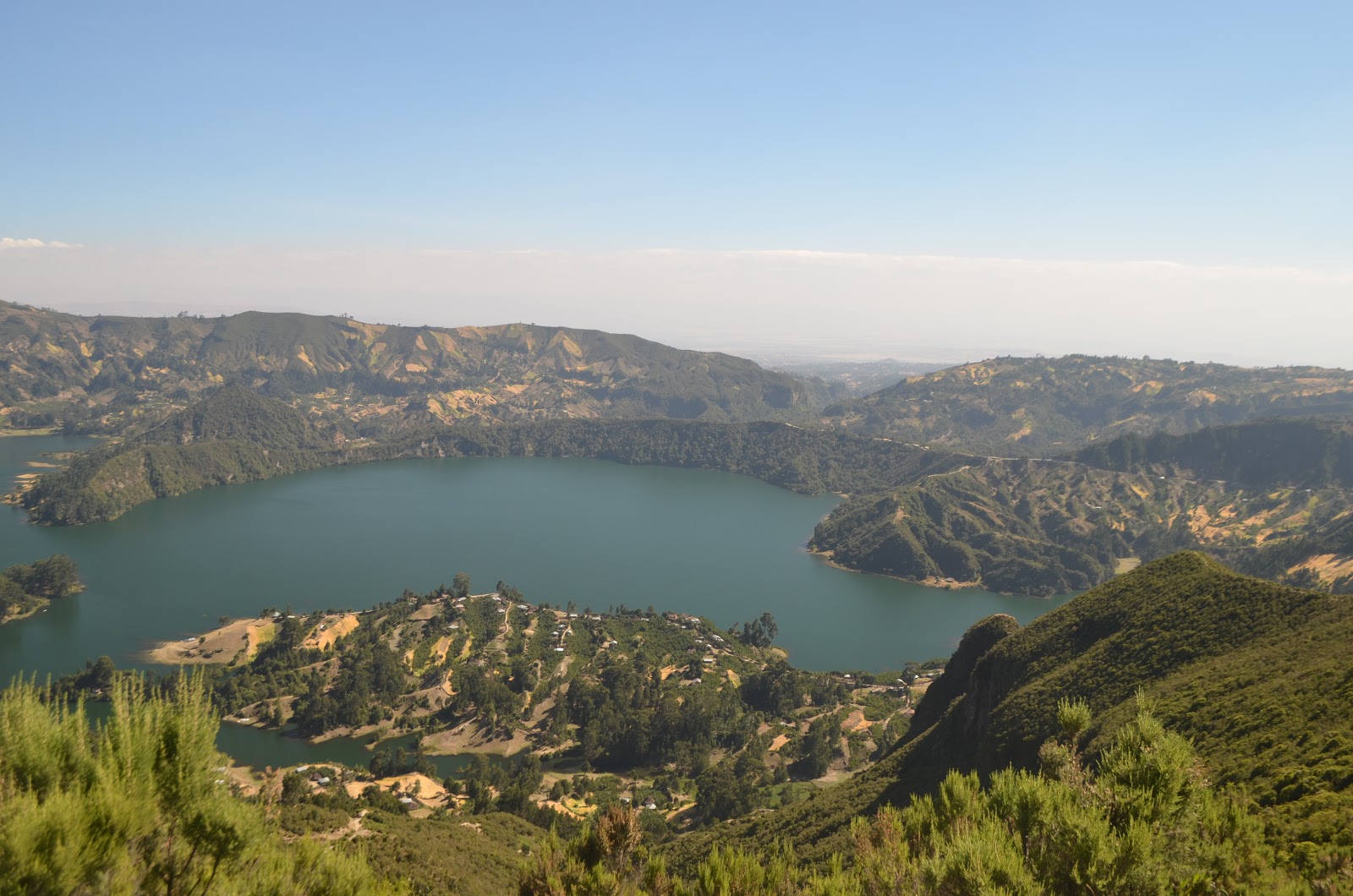 Wonchi Crater Lake: Wanchi is the picturesque lake situated about 32kilometres south west of Ambo on the road to Waliso nearly half way between the two towns. Coming from Ambo or from Waliso to Wanchi Crater Lake the gravel road ascends mountain slopes almost to the rim of the crater where the height reaches 3386m at a peak. Here green oasis, (when compared to surrounding area) comes to view.
Touristic appeal of the crater mainly stemed from its fantastic beauty. Standing on the rim of the crater you will be watching unique shaped and crystal clear water lying in deep basin and circular slops covered with greenery alpine vegetation that largely contributed for its dramatic scenery. In addition to these, when you see the village on peninsula, the small island with monastery, the houses and gardens on the lake side it seems that crater not to be touched by modern world.
The crater lake is endowed with forest of more than 15 major tree species and many other alpine type vegetation, many aquatic and terrestrial bird species and some mammals, of which calobus monkey frequently seen. In the hot spring valley, one can observe natural offers like hot and cold mineral springs (being used by local people for cure of illness): the waterfall gushing out just from the foot of the hill and many other eye-catching scene.
Wanchi Crater Lake is an ideal site, and has a good appeal to such tourist activities and recreations like hiking, boating/canoeing, horseback riding, sailing, paragliding, relaxing, forest exploring, spa bathing and many other eco-tourism oriented activities. Some of these activities are already made operational by Wonchi eco-tourism society that composed of local community associations and private investor. 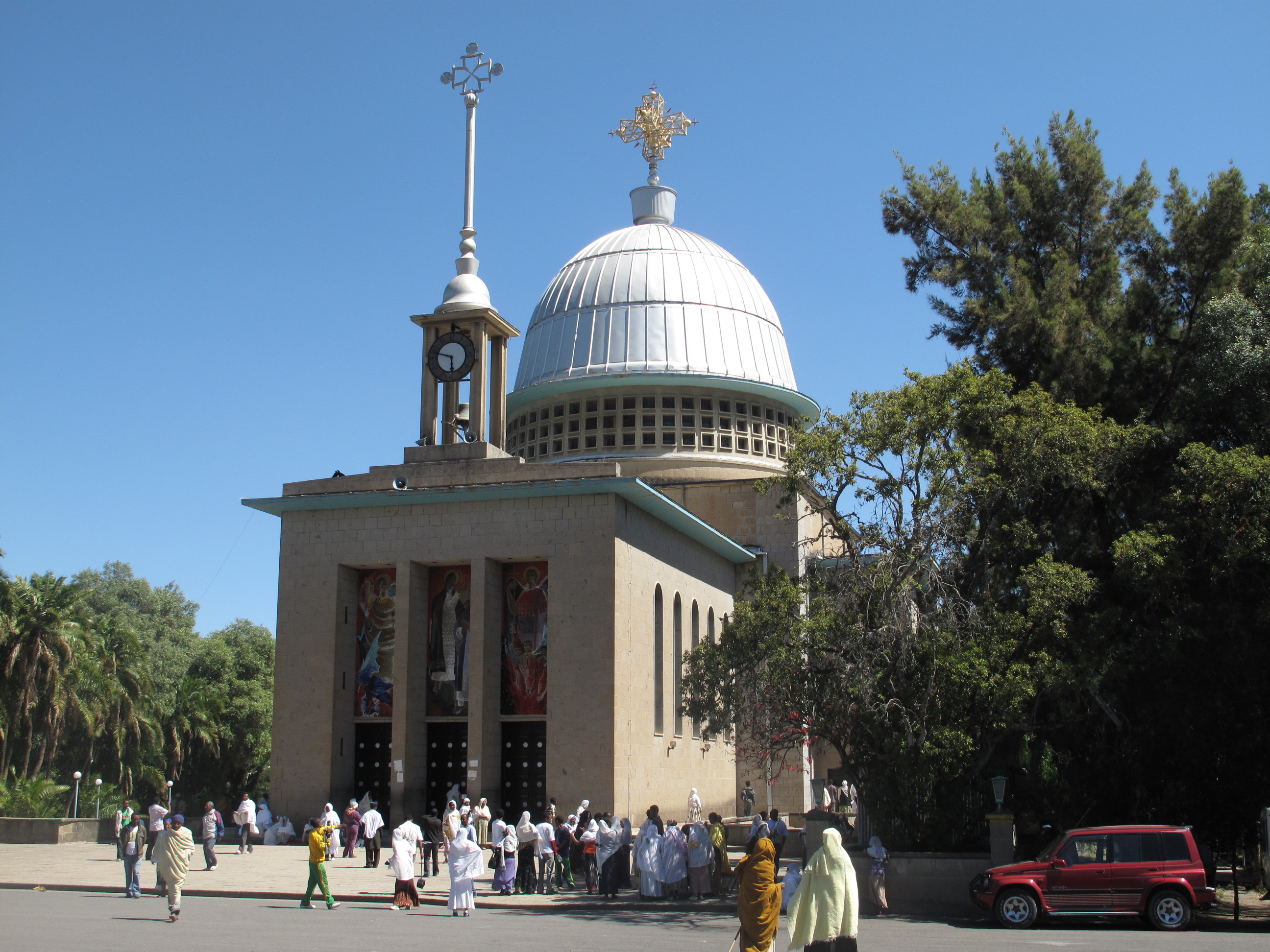 Gojam. Debre Libanos is one of the Ethiopia’s most reputed Orthodox monastic enclaves. It is founded by Abune Tekle Haimanot as early as 1260. The enclave of monastery consists of villages of nuns and monks, the original monastery (cave) and the modern church with beautiful architecture. Interior paintings and historical antiquities in min-museum of the church add to attraction of the monastery. 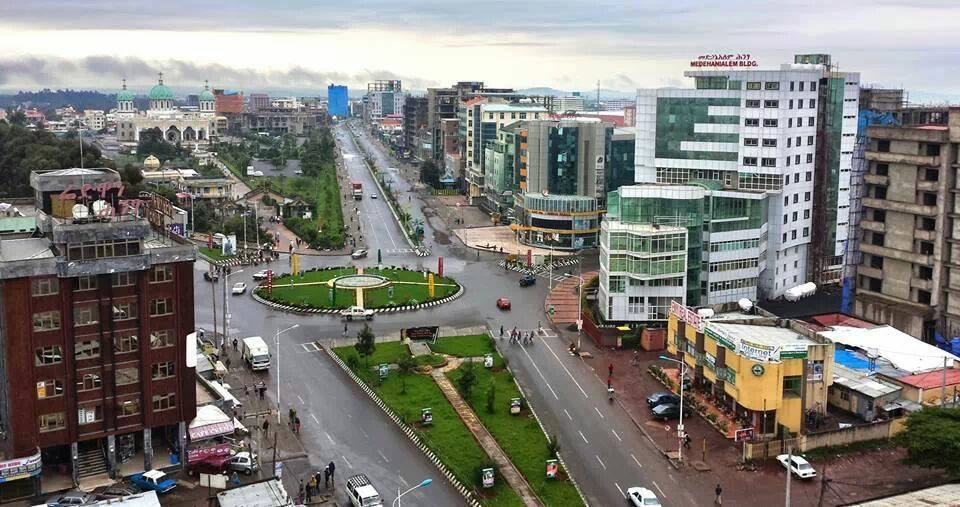 In the long history of Ethiopia, three important sites had been used as permanent capitals of the central government, namely Axum, Lalibela and Gondar respectively. Most kings of the medieval period used mobile courts instead of fixed capitals. The present city, Addis Ababa can be considered as the fourth permanent capital in the history of the country.
Addis Ababa is the headquarters of the United Nations Economic Commission for Africa (UNECA) and the African Union (AU). On July 9, 2000, fifty-three heads of state formed the African Union (AU). The new organization replaces the Organization of African Unity (OAU) and is designed to accelerate the integration of the African continent. With more than 70 embassies and consular representatives in the city, Addis Ababa is the Diplomatic capital of Africa.
It is also the third highest capital in the world after La Paz (Bolivia) and Quinto (Ecuador).Addis Ababa is the Federal Capital of Ethiopia and a Chartered City; having three layers of Government: City Government at the top, 10 Sub City Administrations in the Middle, and 99 Kebele Administrations at the bottom.