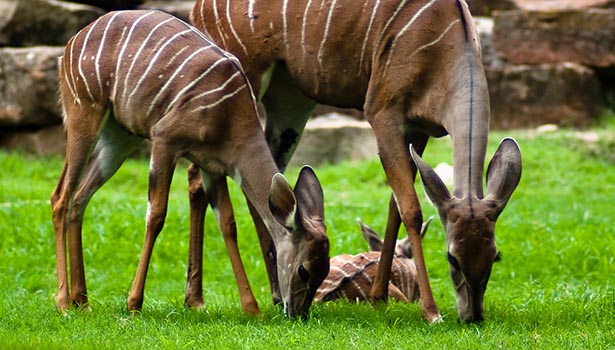 Mago National Park is in South Omo Zone, 35km south-west of Jinka, the administrative centre of the Zone.
The Mago River flows through the centre of the park and joins the Neri River at Mago swamp, before continuing southwards as the Usno to join the Omo River. The river, which is 760 km long, originates in the central, south-western highlands of Ethiopia, where it is known as the Gibe. Its final destination is Lake Turkana, close to the Kenyan border.
Proclaimed in the 1960, the 2,162 km2 Mago National park is bisected by the Mago Rivers which flow into the Omo in the park’s southern boundary. Although Mago National Park share some 5km of its southwestern boundary with Omo National Park, the protected areas effectively form one ecological unit.
The altitude at the edge of the park is 400 m. To the east are the Mursi Hills, rising to over 1,600 m. North of the Neri river are the Mago mountains with the highest point, Mt Mago, at 2,528 m. The south-eastern quarter of the park is crossed by many small streams and rivers. The headquarters for the park are by the Neri River, near the entrance from Jinka.
The main habitats of the park and surrounding area are the rivers and riverine forest, the wetlands of Mago swamp and Lake Dipa, the bush land, savanna grassland and open grassland on the more level areas, and bush land and scrub on the sides of the hills. Open grassland comprises just 9% of the area, the rest of the area being described as very dense. The largest trees are found in the riverine forest beside the Omo, Mago and Neri. Areas along the lower Omo (within the park) are populated with a rich diversity of ethnic groups including the Ari, Banna, Bongoso, Hamer, Karo, Kwegu, Male and Mursi peoples. A number of these groups live beside the river and make extensive use of its natural resources and its levees to grow crops.