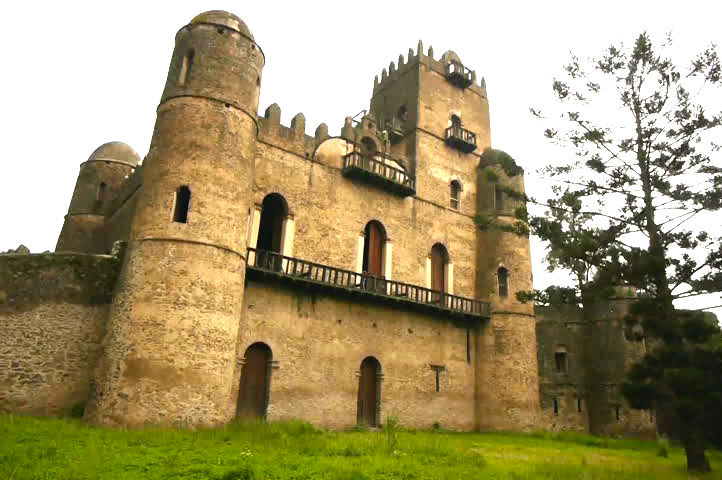 The historic Gonderine town is very popular mainly because of the marvelous castles in the royal enclosure. There are six graceful castles in the palace compound built by the successive Gonderine Kings of the 17th and 18th centuries. The tradition was first set by Emperor Fassiledes and then followed by his successors. The castle were built from local stone, hard dark brown basalt and red volcanic lava held together with lime mortar within the fortified royal compound at aboubt 70,000 square meters. The 12 symbolic entrances (gates) of the palace compound have various names and represent the 12 apostles of Jesus Christ.